Transport and logistics from around the world.

Virtually everyone is a road user; everyone depends on road transport for one reason or the other. Indeed, it is an indispensable part of our daily activities which also has a high element of risk, this explains why road safety must not be taken for granted. A report from The Washington Post revealed, that in 2018, 6,282 pedestrians and 857 bike operators lost their lives while making use of the road in US.

In India close to 140,000 people lost their lives to road accident virtually every year. Road traffic accident is a common problem in most countries and a leading cause of death for children and young adults. This explains why safety consciousness is very important for all road users.

Road safety advice refers to suggestions that can keep road users safe from danger while using the road. The tips are as follows:

Finally, it is your civic duty as a motorist or road user to make the road safe for all. Good driving training and necessary awareness to pedestrians, cyclists and motorcyclists about traffic rules in urban area should be strictly observed these among others are the way to make are road safer.

Virtually everyone is a road user; everyone depends on road transport for one reason or the other. Indeed, it is an indispensable part of our daily activities which also has a high element of risk. This explains why safety consciousness is very important for all road users.

Road safety advice refers to suggestions that can keep road users safe from danger while using the road. The tips are as follows:

Road accident has become a major traffic problem in the world, which needs to be proactively addressed. The death and injuries from road accident are worrisome and the good news is that they can be reduced or prevented to the barest minimum. There is need to work hand in hand with all notable agencies relating to road safety to prevent road accidents. There is also need to create awareness that road safety is individual responsibility or better still, the responsibility of all road users, be it motorist, cyclist, or pedestrian, so that we can consciously reduce the rate of accidents on our roads.

There’s no doubt that road transport has brought better life and development to mankind. The difficulty of mobility for man, animals and things from one place to another has probably been the force behind motor vehicle invention by the inventors, hence, the saying: “Necessity is the mother of invention”. The invention was aimed at a better life for humans, but today, due to human error, road transport has been identified as major cause of death in the world.

However, road accidents can be avoided if we work towards it, and that is the essence of this article. Since everyone is a road user and road transport is the most used mode of transport, this as a result has increased the high number of vehicle on public roads. For instance, in US close to 280 million vehicles ply public roads, while 277.5 million people are with valid US driver’s license and in 2018, not more than 12 million vehicles were involved in road accidents.

Road transport accident is majorly caused by human factors that is why I will like to say that road transport safety remains the responsibility of all road users irrespective of their category.

“ROAD SAFETY AND MEDIA REPORTING Road traffic crashes are often covered in the media simply as events—not as a leading killer of people and an enormous drain on a country’s human, health and financial resources. By framing road safety as a health and development story, with data and in-depth information, journalists have the opportunity to affect the way these stories are told and potentially to help shift public behaviour and attitudes, influence policy and therefore contribute towards saving lives.” Source: WHO

The basic strategy of a Safe System approach is to ensure that in the event of a crash, the impact energies remain below the threshold likely to produce either death or serious injury. This threshold will vary from crash scenario to crash scenario, depending upon the level of protection offered to the road users involved. For example, the chances of survival for an unprotected pedestrian hit by a vehicle diminish rapidly at speeds greater than 30 km/h, whereas for a properly restrained motor vehicle occupant the critical impact speed is 50 km/h (for side impact crashes) and 70 km/h (for head-on crashes).

As sustainable solutions for all classes of road safety have not been identified, particularly low-traffic rural and remote roads, a hierarchy of control should be applied, similar to classifications used to improve occupational safety and health. At the highest level is sustainable prevention of serious injury and death crashes, with sustainable requiring all key result areas to be considered. At the second level is real-time risk reduction, which involves providing users at severe risk with a specific warning to enable them to take mitigating action. The third level is about reducing the crash risk which involves applying the road-design standards and guidelines (such as from AASHTO), improving driver behavior and enforcement”.

Don’t Put Your Life in Danger! Be Tire Safety-Conscious

However, the black round objects that move your vehicle around remain one of the essential parts of your motor vehicle. They play an essential role in road safety. By showing poor safety concern about the tires on your vehicle, which are the only objects that come in contact with the road, you may be putting your life and the lives of other road users at epic risk.

Tires enable your vehicle to grip the road, to turn easily, and to firmly stop your vehicle when you apply the brake; and more importantly, the tires carry the weight of your vehicle, hence, malfunction of any of these tires due to poor safety and the negligence of the drivers may lead to serious or fatal accident. For example, the National Highway Traffic Safety Administration revealed that almost 200 fatal accidents in a year are due to tire failure.

Indeed, the outcome of a tire failure can be disastrous, the car may somersault, and at times it may move uncontrollably against the oncoming traffic or move uncontrollably off the road. This explains why motorists must show safety concern about the tires in their car by checking tire pressure monthly, inspecting the tires monthly to ensure they are safe for use, and occasionally changing the tires’ position in order to check uneven wear out and to increase the lifespan of the tires. In addition, be a good observer, if you notice any unfamiliar or strange noise from any of the tires do not waste time to find out the cause and try to fix it timely.

Road traffic accident due to tire failure is a public health concern which has to be addressed by all motorists through unrelenting effort of being safety conscious about the tires that move you around. 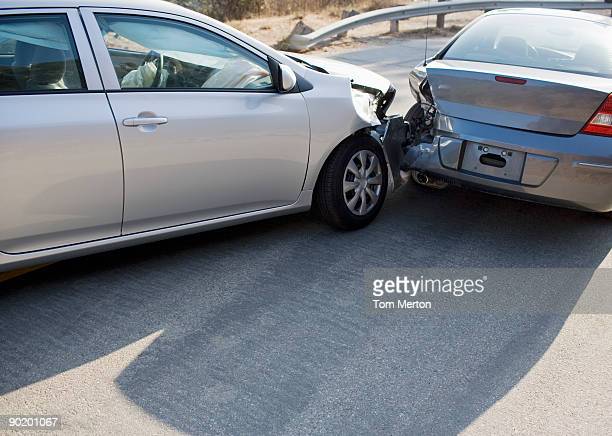 Road transport becomes common transport usage in the world, it’s the only mode of transport that can support other transport modes in order to function better. Road accident rate has become a major setback in road transportation. Approximately 1.35 million people die each year as a result of road accidents, and it is the leading cause of death for children and young adults from age 5 to 29 years. However, here are the list of factors that can cause road traffic accident: Road traffic accidents cause significant economic losses to private individuals, families and to the nation at large. These economic losses are traceable to treatment cost, loss of productivity as a result of death or permanent injuries from auto crash, likewise for the family members who need to take permission from work or school to take care of the victim. Therefore, we all need to rise as road users to ensure that these economic losses that come as a result of road accidents are reduced.

5 Safety Tips for Your Car Tyre

The National Highway Traffic Safety Administration (NHTSA) reveals that over 700 people die every year in road accidents caused by tyre failure. In addition, The National Transportation Safety Board reveals that more than 500 people die while about 19,000 people are injured every year in auto crashes related to tyre failure. However, as a motorist here are safety tips you need to know: All motorists are advised through this platform to take the issue of tyre safety more serious.

5 SAFETY TIPS WHEN YOU ARE BEHIND THE WHEEL

Driving is a very important task that all motorists must not take for granted. As a result of the poor safety consciousness of some drivers, several avoidable accidents occur. When safety is compromised, many road users are sent to their early grave while many other innocent road users are left with permanent injury. A vehicle can pose serious danger on the road if the driver of such a vehicle fails to be safety conscious while driving. However, here are 5 safety tips a driver is expected to keep while driving: Driving is a task that demands a high level of concentration in order to make our roads safe for all of us.

Road Accidents in Nigeria And Its Erroneous Belief

Save your life, Your Seat belt, Your Savior

Your Seat belt can save your life.

Over 15,000 lives are saved in United State each year in road accident because drivers and passengers were wearing seat belts. Source: National Highway Traffic Safety Administration (NHTSA). In addition, in 2017, out of the 37,133 people died in road accidents, 47%  of them failed to wear the seat belt. Moreover, it was estimated that the use of seat belt saved 14,955 lives in 2017 alone. Source: NHTSA The NHTSA Regional Administrator, Thomas M. Louizou, said: “More than half the drivers and passengers being killed in crashes are not wearing seat belts. That is a major problem.” Seat belt is important to the point that it can save your life in an auto crash. This is one of the major reasons among others why you need to wear your seat belt while driving. However, here are the reasons why you need to wear your seat belt. Without any element of doubt, wearing your seat belt can save you from unwanted accident and untimely death, do not prove otherwise, because your seat belt can be the only savior when accident occur.