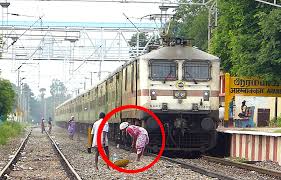 The safety of the railway depends on the behaviors and attitudes of everyone in the system e.g. the staff and the passengers. Having examined the pictures, one would wonder why people in their large number would have to take rail safety for granted; one may still be wondering why many people we see in this picture had to hang on rail cars why many of them sat on top of the train. It is not because of poverty or shortage of public transport that would make people in their large number to take their lives for granted as rightly shown in the pictures.

The reasons are simply due to lack of good transport safety culture in the community and poor safety attitude of individual. It is needless to say, as you have also noticed in the pictures used in this article, that lack of safety culture with poor safety attitude can lead to misbehavior of many transport users that will increase the risk of accidents.

Often times, rail accidents are caused by people. They are not made and they can be preventable instead of managing them. One way to achieve this is good safety culture with good safety attitude of individual; in fact, it’s a collective responsibility of all rail transport users. To address the misbehavior of people towards safety, hence, good safety culture and individual safety attitude are important directions to make the rail transportation and other modes of transportation safer. Responsibilities for railway staff during operations 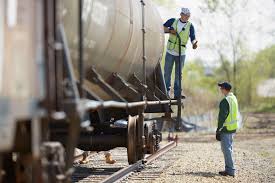 *The safe movement of rail transport must start from the railway stations. * Rail vehicles’ safety condition must be certified before any operation. *Rail staff must ensure that every passenger behaves in a safe manner while making use of the rail transport. *The staff must take strong safe decision to control all types of safety risk or misbehavior of all passengers during operation. *They must ensure that safety regulations are complied with throughout each operation. 5 ways of building and maintaining transport safety culture Good transport safety culture is not what people can achieve in a moment or in a day, it is a kind of belief people grow up with in a particular environment that can easily be noticed in their behavior. For instance, in one of the television stations, I heard the story of a senior transport safety officers from one of the African countries who traveled to one of the overseas countries. According to him, as he wanted to cross to the other side of the road, he said immediately he stepped on Zebra crossing with just one leg, he saw all the motorists both from left and right on such busy road stopped immediately. So, he said he was afraid thinking that something bad like accident must have happened and so, he ran back from the road to see what actually had happened on the road. He saw the drivers calling him to cross the road; it was then he knew that it was him they actually stopped for. Why did he have to run back to know what was happening? It’s because he lacked road safety culture, even though he’s a senior road safety officer in his country, yet where he’s coming from he has not seen motorists, in one accord, stop at once for just a pedestrian to make use of the road. So when he got to a well cultured environment, it was a big surprise to him. Nevertheless, here are some ways to build and maintain good safety culture: 1. Education: People need to be thought in a community or environment where transport safety culture is lacking. Several efforts must be made to teach people the importance of transport safety in the best language they will understand. 2. Orientation: Periodic orientation must be given to the people on what they have been thought and necessary information about new transport safety they need to know. 3. Watchfulness: Individual transport users must always be careful enough to notice any form of danger in their environment. The misbehavior of individual transport users must be monitored and reported to the authority concerned to correct such individuals. 4. Ability to change: Individual must be ready to adjust to any safety rules or regulations. 5. Fair Justice: A fair culture treats people in a way that is reasonable and proper. A fair culture encourages and rewards individual who would report the misbehavior of some transport users and treats the report with required seriousness and thereafter, metes out just punishments to anyone whose behavior is truly unacceptable. 6. Observations and report: To build a good safety culture, individuals must also be encouraged to report their observations to the right authorities. Often times, these have to do with sensitive reports such as highway robbery, terrorist attack and so on. 7. Study: A study on past safety records and how to improve on them for future purpose is another method to sustain a good transport safety culture. Nonetheless, the rail transport service provider must play a leading role at all times in sustaining rail safety culture through education, public enlightenment among others. More so, railway infrastructure manager and the entire staff managing the infrastructures must also play their own role to sustain rail safety culture by fixing railway infrastructures such as track, station, signaling and electrification in an acceptable manner for safe operation. The engineering department must also play their own role; the department must ensure that every rail vehicle set for operation is in good condition. In conclusion, the railway staff, the management, the individual passengers and potential customers, that is, different organizations engaging the services of railway transport for their products must all rise up to the task to fulfill their individual responsibilities and co-operation to build and sustain rail transport safety culture. Rail transport accident is always painful due to the number of innocent lives and goods that are usually involved, wherefore; cultivating the mind of people towards rail transport safety culture is a great gain.